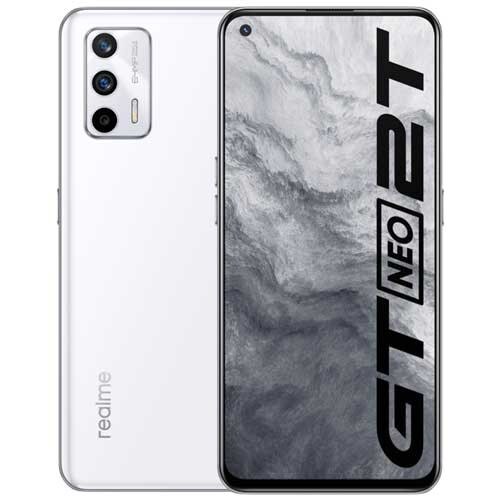 Connectivity options on the Realme GT Neo 2T include Wi-Fi 802.11 a/b/g/n/ac/ax, GPS, NFC, and USB Type-C. Sensors on the phone include fingerprint sensor.