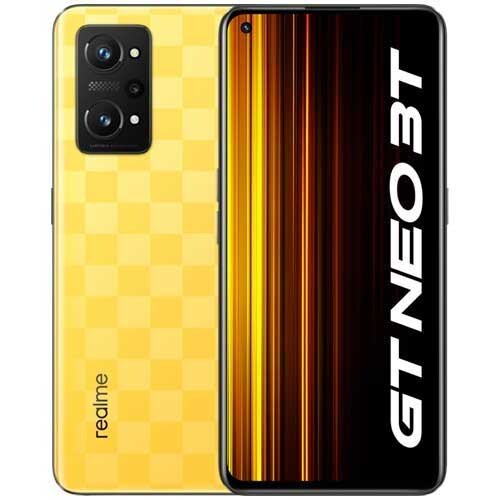 The Realme GT Neo 3T runs Realme UI 3.0 is based on Android 12 and packs 128GB of inbuilt storage. It was launched in Dash Yellow, Drifting White, and and Shade Black colours.

Connectivity options on the Realme GT Neo 3T include Wi-Fi and Bluetooth v5.20. Sensors on the phone include in-display fingerprint sensor.