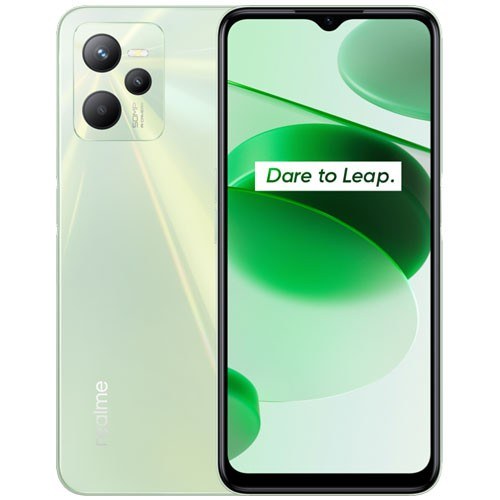 The Realme C35 is a budget smartphone that packs a large 5,000mAh battery in a slim design. Realme offers a chiselled look with a flat rear panel, but it turned out to be a smudge-magnet during testing.

The Realme C35 has a Unisoc T616 SoC, which fared well in our benchmarks but struggled with regular use. Gaming performance was not good, with some stuttering and lag even when playing casual titles.